'Breaking Cat News' is on GoComics!

Remember a few months ago when I mentioned I had begun a new webcomic, almost as an after thought? Well,... The past few months have been a little happily crazy and it has been gaining new readers every post, along with thousands of shares, over a million views since it began in March, and today you can find it on GoComics!

"Georgia... You don't think maybe you could have told us this before now?"

I know, I know! I'm sorry. The past few months since the move have been crazy for a lot of reasons, good and bad. We've been transitioning to a huge change, settling the new apartment into a comfortable living space for Luke, the cats, and ourselves, and trying to adjust to life in our hometown several years after leaving our hometown. It's more different than we expected! Not bad different, actually it's often good different.

In the meantime life got really hectic all at once, in both very delightful and truly heartbreaking ways. 'Breaking Cat News' began to do well, Ryan started an independent project with friends/colleagues, a close family friend passed away, we found out we're having another baby (!) , Ryan got a job offer from Seattle only to have it put on pause in a way that is really hard to plan for much with certainty, Luke began walking, GoComics wanted to have 'Breaking Cat News' on their site,... And trying to find a moment to blog during all of that felt a little overwhelming. Really, most of it is fantastic, the only heartbreaking bit was our family friend passing away--but that was terrible and very sad and cast a deep shadow.

Man, now that I've summed up the emotional roller coaster that was our summer into a short paragraph, I feel like I probably could have mentioned any of this sooner....

Here are a few strips of 'Breaking Cat News' to catch you up on what the heck it is that I've been working on! 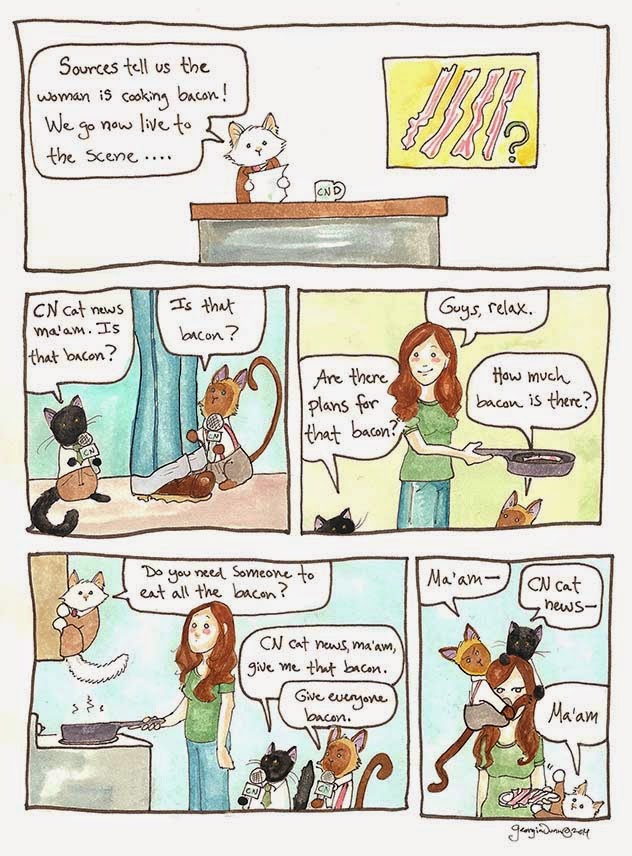 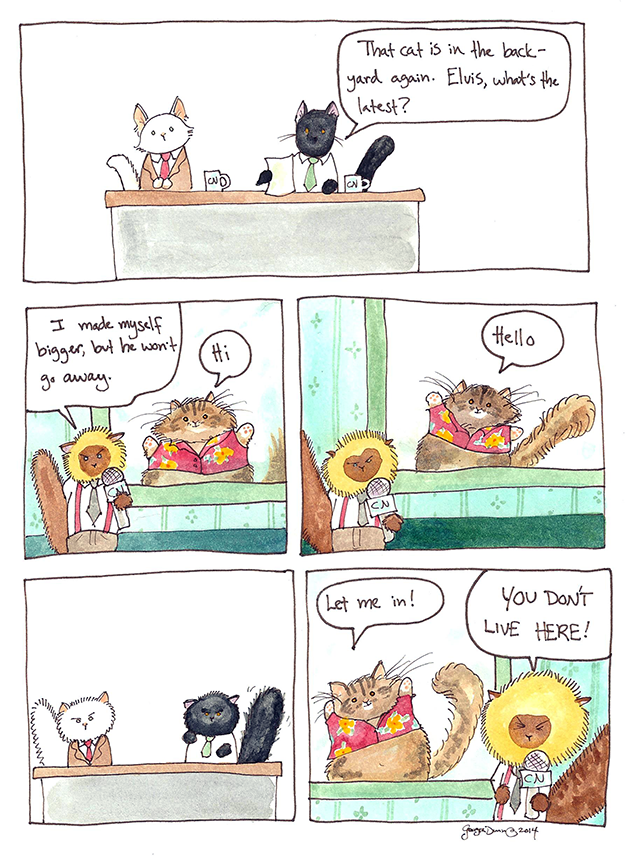 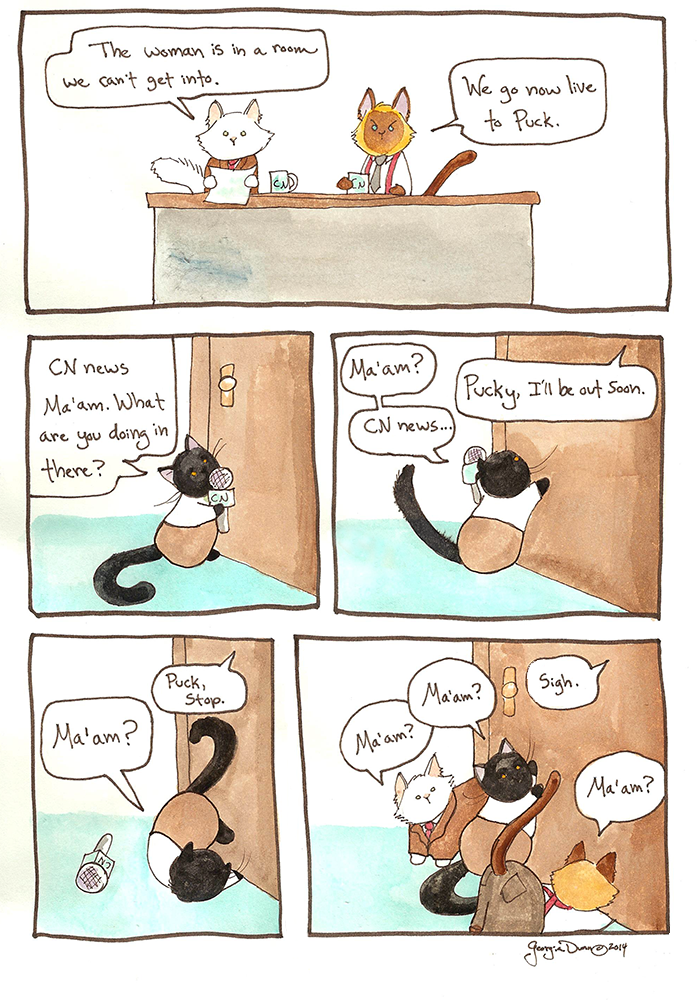 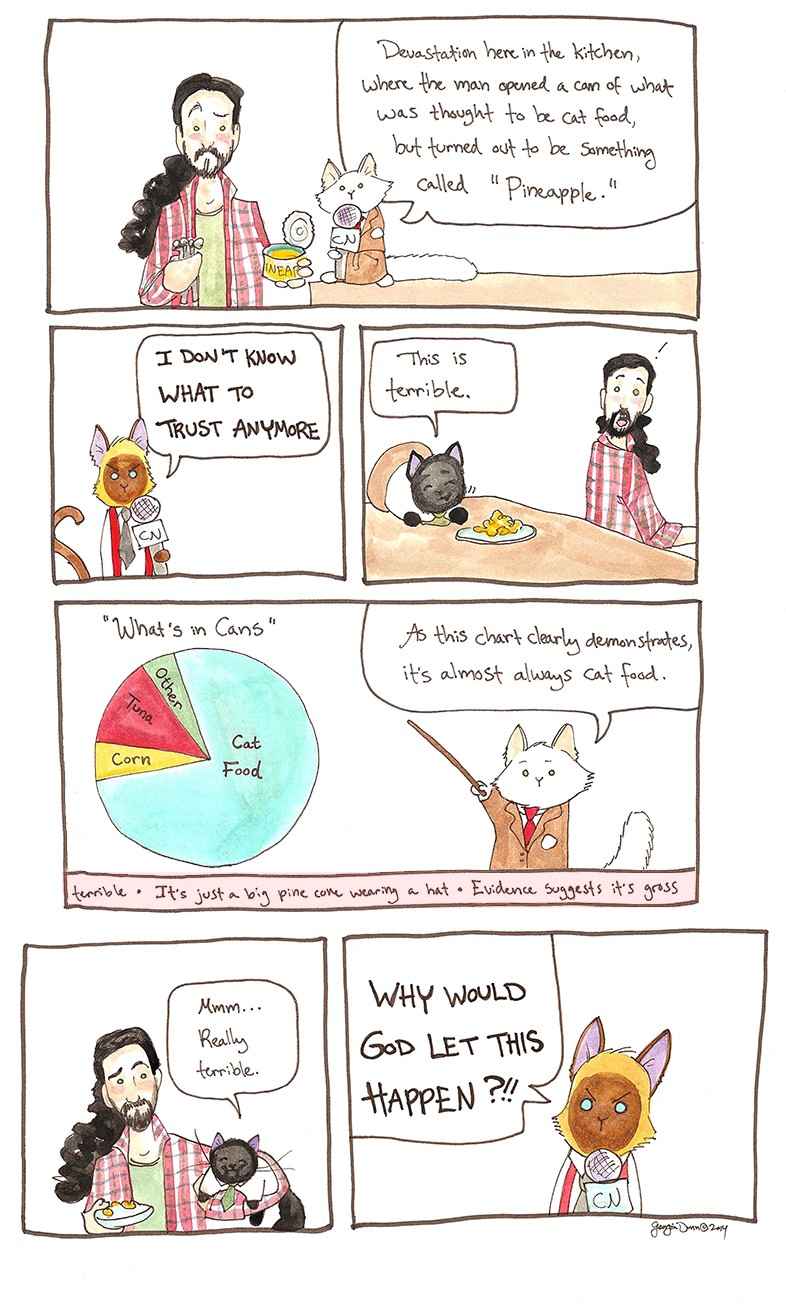 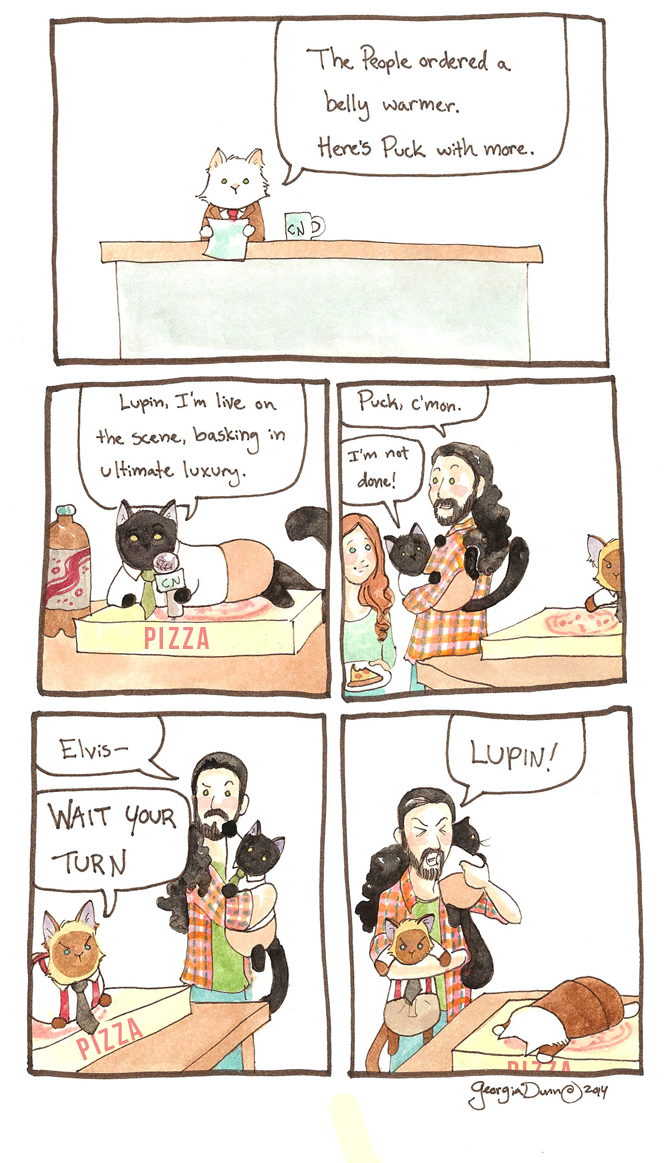 Here are a few pictures of us, too!

I've got some photos of how we set the new apartment up that I will post next time! And hopefully some autumn/Halloween photos. You all know how much we love Halloween! Last year we won the children's division of George Takei's costume contest, we love it so much!