I have wanted to write a blog post about our move back east for sometime. A sweeping, long narrative detailing all of the changes and unexpected surprises--but it's still a lot to take in.

And it's not a lot of bad to take in, far from it. It's a lot of good. A lot of time with family and dear friends. Going to the grocery store and casually running into some of my best friends in the aisles is something I never realized I had missed until it began happening again.

Small, spectacular things I'd overlooked. Complicated, strange intersections between state lines (I'm not using a metaphor here, I'm talking about an intersection in Pawcatuck, CT or Westerly, RI, depending on who you're arguing with) where everyone slows down to navigate it through taking turns and simple waves.

(They also slam into a dead stop on exits rather than merging safely though, so it's not all Mayberry and maple syrup).

We've been spending our time connecting with friends and family, and trying to find a new routine for ourselves. Everything was turned upside down; daily rituals, nightly habits, favorite restaurants suddenly 3,000 miles away. Our home sold halfway through May. It was a bittersweet triumph, freeing us from the financial struggles we'd faced for the last year and a half by basically tearing everything we had to the ground to start over again. Some days we feel the relief. Some days we feel the loss. Some days we don't really think about it at all, we just move forward. There's not a lot of time to sit around feeling sorry for yourself when there's unpacking to do.

Luke and I flew out to Rhode Island on May 6th. Ryan left the same day, in our car with the cats. For two people who love each other dearly, we sure do end up on opposite sides of the country a lot. Waiting for Ryan was hard, I worried the whole time that something could go wrong. When we made the trip together four years ago, it was an exciting adventure. We had the great unknown ahead of us, two crazy people in love, ready to take on anything, nothing to lose.

This time we had lost a job, a plan, and a house. (Not that we lost the house, we sold the house, but it still was not what we wanted). We have a son who depends on us, we depend on each other. From going off to work to caring for our son to taking out the trash to doing the dishes to kisses goodnight, we make it all happen together. Driving out of our garage for the last time together, knowing we would never enter our first house again, going to the airport to say goodbye to each other was rough. Luke and I to the plane, Ryan and the boys to the car. Being apart at such a hard time would have been difficult anyway, but the thousands of miles between our little family created a very real ache. Those few days in May I would put Luke down for the night, chat with relatives, go up to bed, and just type the towns Ryan had reached into my phone's navigation app for a couple of hours. Mapping the two dots we'd become, one racing, one waiting. I waited for texts with the anxiety of a sailor's wife pacing the widows deck. Of course--Ryan was never in any danger. However, that did not stop my mind from randomly picturing the car falling off the side of a mountain and bursting into flames about 300 times a day.

With that sound Goofy makes while skiing or tripping down stairs.

You know the sound.

Thankfully, Ryan made the trip in about 70 hours, knocking on the door Friday afternoon hours ahead of when I expected him. I may never have been happier to see someone.


It took us about a month to find an apartment, during which time we stayed with Ryan's Aunt Joanie. When we finally found a place, it was unexpectedly delightful. Neither of us had hoped for much in a new apartment, beyond "clean and safe." What we found was the top floor of a painted Victorian that used to be the servant's quarters. (I'm pretty sure... I'm very sure. There is a narrow set of stairs and a beautiful, sunny little kitchen, and so naturally I'm ready to stream the entire series of 'Upstairs, Downstairs.') We moved in the second week of June and have been unpacking ever since.

Moving is very much like Tetris. You arrange all of the boxes until you can eliminate another row and clear some space.


Just as we were moving into the new place, two of my best friends--Preston and Tim--came into town for a visit. This was great timing, because not only were they able to help us move....


But they were also able to sort of bridge the gap between "Was Seattle just a weird fever dream I had?" and "I've missed driving these Rhode Island roads so long, is this real life?"

That about brings us to now. Many of our boxes are unpacked and the rooms in the apartment are becoming more like "rooms" and less like "cardboard forts" every day. The living room, bathroom, kitchen, and Luke's room are all finished. Our bedroom and our shared office space are all that are left to organize.


In the meantime the comic I began back in March... March? April? Somewhere around there... BREAKING CAT NEWS, has begun to get its own following! I'm delighted to have some regular readers, and there have even been a few write ups about the comic. Like this one, and this one.

When I first drew a couple of these strips for friends, I kept joking that it was not going to become another webcomic. Swan Eaters is already on a hiatus because I've been so strapped for time since becoming a Mom. (A hiatus on a cliffhanger, nonetheless). The last thing I thought I wanted was to start a brand new webcomic. However, like so many unplanned happenings in life, it turned out to be just what I needed. During the day I take care of Luke, and in the evenings I write and paint the comic. Everyone's kind words and support have carried me through this crazy transition during our big move. It feels so good to write something that is making people happy. We're all sort of in on the jokes together, and it feels really nice. It has been a welcome distraction to try and challenge myself to writing two punchlines a week. I hope that it's as much fun to read as it is to write. Thank you to everyone who has been tuning in!


A couple of weekends ago I had a chance to sell my prints at an outdoor art gathering in Providence, RI. It was a great day. Friends and family came together to lend a hand, packaging prints, setting up displays manning the table,... It was a good feeling. Luke came with us, and Gracie and I paused to remember when we would accompany Dad to his outdoor art festivals. I hope to do more of them.

Everything is still kind of uncertain right now. Ryan has started a new job, working as a technical writer. We're feathering our new nest and enjoying a reprieve from stress and worrying about finances. Luke is learning new things every day and benefiting tremendously from quality time with our family. The boys have adjusted marvelously, and are appreciating 360 degree views of birds and trees and sunsets from the new apartment's high windows. Ryan and I are both working on projects in the evening, after Luke has been fed and bathed and is sleeping soundly. Comics and paintings for me, game design and art for Ryan. Where this will lead us, whether back to the gaming industry or elsewhere, is still up in the air. For the time being though, we're feeling good about where were are. And much more: who we are surrounded by. When life gets challenging, it's tough to beat the support that comes from family. They love you like no one else can. 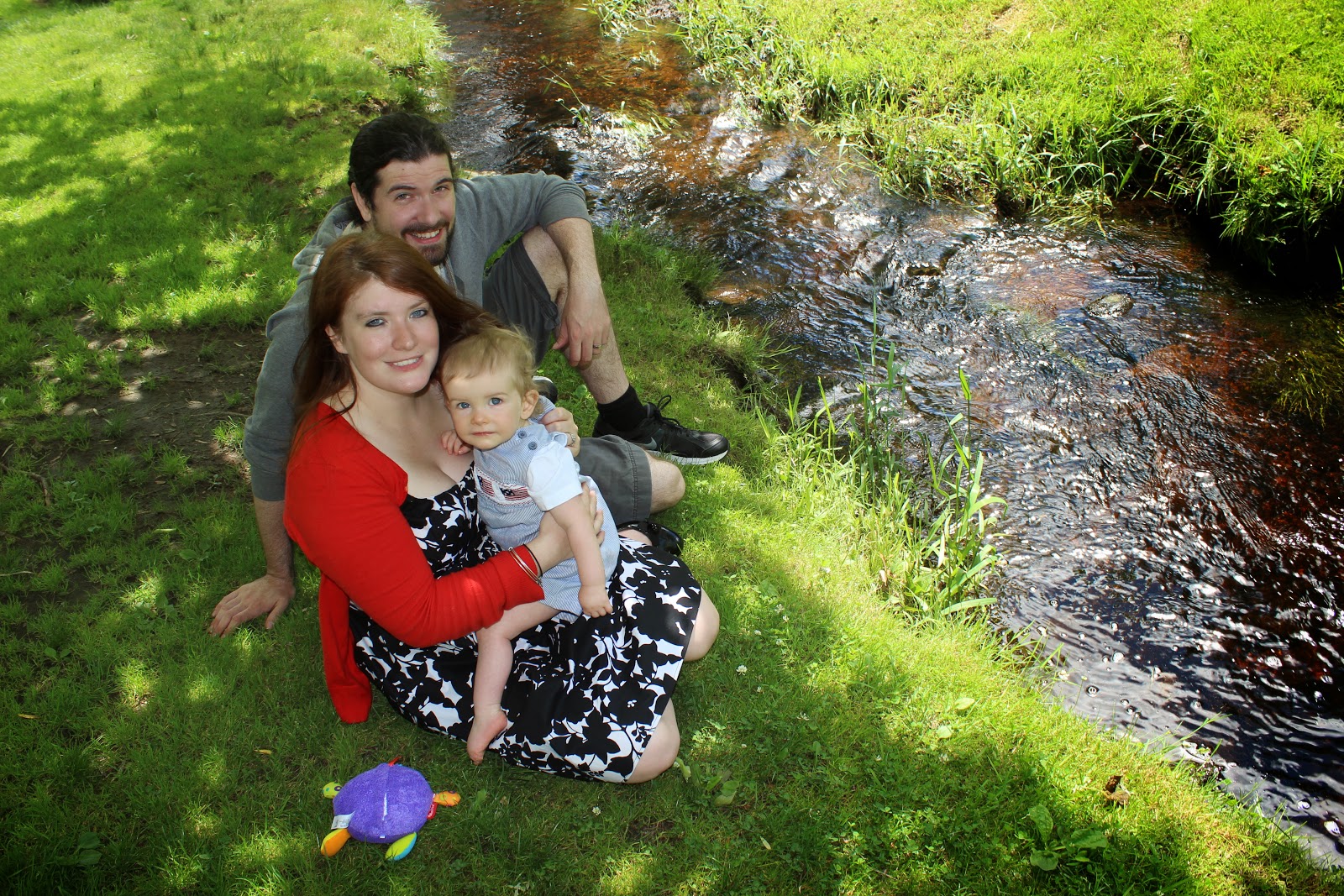