I'm sorry it's been so long since my last real post. I've had a lull in painting, that I hope is on the wane. It happens sometimes, call it a painter's block, painter's burn out, whichever, sometimes whatever you do nothing comes out on the page.

There's been a lot suddenly on my plate, not all of which I'm going to share right now, but I will soon and thankfully it's all really wonderful news. Ryan and I have been house hunting, which is surprisingly exhausting! I mean, I guess I should have realized it would be, but who knew riding in a realtor's car checking out houses could be so tiring? I'm not driving, and peeking into people's homes (especially if they still live there?!) is more interesting than strenuous. Nonetheless, we've followed each search with a 2-3 hour nap covered in cats.

The one thing I have been able to draw is Swan Eaters, and I've gotten a lot of work done on that in the past few weeks, especially on the writing end. I have some pretty big story lines planned for the upcoming autumn and winter months, and I hope you'll all tune in!

I also redesigned The Quote Book a couple of weeks ago, wiping out the entire site and uploading every strip again one at a time. (JUST AS FUN AS IT SOUNDS). I took the chance to re-draw the earlier versions of Tim's character who eventually looked nothing like the dude with a shaved head in a "Tim" T-shirt he started out as. I've got about 25-50 new strips to sprinkle in, a F.A.Q page to add, and thoughts on re-doing the character guide page, but for now I'm just content to have it up and running again. Now folks can add their own comments, share single strips, read by character, view the archives by date or title, and I can improve the site easily going forward. It needed to be done. I also put my name on it for the first time, which was something I wrestled with for years since it's pretty, ah, colorful. 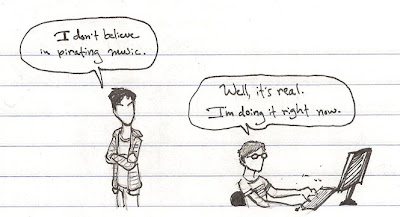 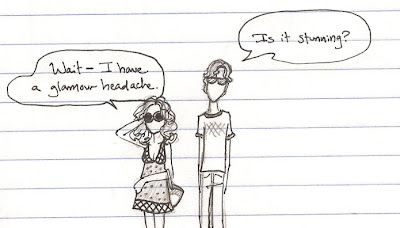 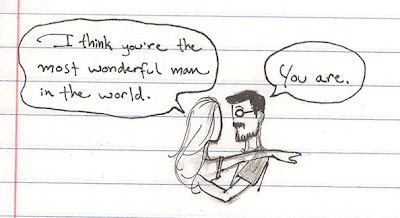 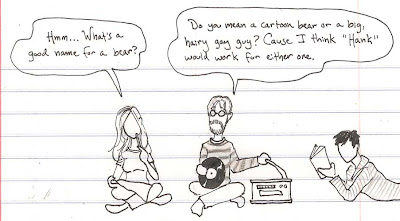 I added an "About" page too, to explain how the comic came to be and that it's about mostly based on real things real people have said. The F.A.Q will go more into that, as it was something I was asked often while it was running. Once I've got it all hammered out, I'll probably give it its own blog post explaining everything new. You can check it out now, if you want, but be warned there's some adult language and offensive humor. It hasn't really stopped anyone before, though.

So, it's been a lot of comics, house hunting, and napping lately. That ol' itch to draw is starting to creep up my arm again, hopefully I will have some new artwork to share soon! I'm terribly excited for October, it's my favorite month of the year and we've got some big things planned. Ryan is running a charity gaming event to benefit the American Cancer Society, for one, and I'll explain all about that soon! It should be great fun for a good cause.

I hope you'll all having a lovely September :)