I don't have cancer. I do have tumors. I still find myself unhappy.

About six years ago, I was really sick. I was in and out of hospitals, suffering through terrible pain in my guts and symptoms that were, for lack of a better word, disgusting. I went through a battery of invasive tests, including two dnc's and a sonohystogram (ladies, that's where they fill your uterus with saline while you're awake). I had three blood transfusions, two ambulance rides, and passed out routinely. Throughout the whole ordeal I was told over and over again by doctors that there was probably just something wrong with my hormones, and many young women experience irregular cycles and pain.

Nope, actually, it turned out I had a tumor in my uterus the whole time.

Scooby Doo ending! Take off that mask female hysteria—It was a tumor, and it would have gotten away with it too if it hadn't been for the rascally woman doctor at Women and Infants who finally took me seriously.

Benign uterine tumors are pretty common in women. Once you've had one, there's a good chance you'll have others. My first tumor was particularly difficult because of how it formed. It grew on a stalk, which meant it was drifting/bobbing around and my cervix kept confusing it for a baby bearing down and trying to “birth it”. This would lead to unbearable pain and an embarrassing mess. Yes, the human body can be a terrifying nightmare landscape with rules of its own.

The past few months I had begun to experience symptoms similar to what I went through before. A couple of days ago an ultrasound confirmed it, I have another benign tumor. Actually, I have four. Three clustered together and then one larger one skulking by itself.

Honestly, however lame it is, I'm just thankful they found them on the first try. The first tumor would not have made me so sick had it been found immediately. I feel pretty blessed to know what is going on this time. It's a relief to know the general sickness and pains I've been feeling the past few months have an explanation. I'm just bummed it's tumors.

The majority of tumors aren't cancerous. Tumors don't always mean cancer (and often times cancer does not mean tumors). Yet whenever I talk about this there's always someone who points out, “Well, it's not cancer.” And it's true, it's not. I am very grateful that it's not. However, call me crazy, I'm still really upset to experiencing painful tumors. (It may have something to do with the pain). People hear “benign” and I think they immediately assume the tumors looks something like this: 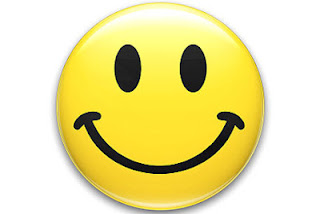 A benign tumor isn't a soft, fluffy "puff puff" gently slumbering in the human body. It's stretching apart flesh, taking the body's blood supply, and rubbing knubby parts with your organs. It hurts a lot. Sometimes, for ladies, it's in an embarrassing place. Then you tell people you have one, and they guilt you that it's not something worse. It's a weird reaction to admitting to an health problem. Even when I explain it's a benign tumor in the same statement, it's never good enough. 'I heard tumor, and I thought you had cancer'. 'But I never said I had cancer--' 'But you have a tumor' 'You know what a tumor is, right?'

You may be thinking this now, like, "Man, she's got one of the 70% or so regular tumors? She should be turning cartwheels...I mean, once she stops feeling nauseous all the time. You know, from the tumors--" Or maybe not. Maybe something like that. It's like, all I hear is this guilt trip that my pain and upcoming operations aren't valid because they're not worse. “Yeah? Well keep it up and maybe God will REALLY give you something to cry about.” Look, I'm sorry my tumor isn't good enough for you. How about I promise I'll deal with all the pain and bleeding and we can call it squarezies?

So why talk about it at all?

Well, it's scary. The more I talk about scary things the less scary they seem. The more I can joke about something the less it worries me. A uterus full of tumors is embarrassing—No, it's okay, I know it is. Immediately words like “barren” come to mind. Like my uterus having problems makes me less. (I know logically it doesn't, but it can feel that way). Being as open as possible and joking about something like this takes the sting away from me. I'm not growing tumors on purpose, this is something happening to me. It's lame and terrible, and I have to deal with it. And this is the Internet; there's a chance someone is reading this because they Googled “benign tumor” and they might be feeling some of the same things I am.

It's like dudes walk around with 50 words for their penis because it's out there for all the world to see, but I feel like women are encouraged to hide the fact that we even have reproductive systems. Guys get all upset because they might get a finger for a prostate exam, but once a year women have to a speculum inserted into their bodies and cranked open.

It's 2012 and a lot of women won't tell you that a pap smear is one of those, followed by a cotton swab on a stick. They use a flashlight to see for f--k's sake. A flashlight. There's as far as the science has advanced for us. It can't be plastic? It can't be smooth? It can't involve a camera or anything a little more high tech and gentle? Am I the only woman this process horrifies?

All our health problems are weird and gross. Sometimes it seems even the doctors don't understand them. I was mortified at first years ago, but as my symptoms got worse and more gross, I had no choice but to open up and opening up made it feel more like a broken arm (uterus) and less like my gender torn in half. Like, it stopped being about having kids not having kids being attractive, and it started being about an organ that is weird sometimes.

So I talk about my uterus, because it has it coming. It's a jerk and I hate it. I'm not keeping its secrets. It's really, really bad at being a uterus. It's literally the worst uterus I know. The last tumor it was suggested to me several times to have a hysterectomy ( and I was 23, remember) but I keep it around on the off chance I will stop having these impossible female issues long enough to have a child.

I comfort myself with the hope that maybe someday I will be able to have children after all of this. And that after I have my children, I will have my uterus stuffed and mounted on the wall over our fireplace.
Posted by Georgia at Friday, May 04, 2012