What a great few days! First off, I've managed to sketch a lot of Swan Eaters strips.

For those of you who follow my web comic Swan Eaters (and thank you so much if you do) the next few months are about to bring some fun times! I have mishaps in new towns inked, some strips showing the Hawker's traveling circus show in action, and yes--Wigglesworth will be pursuing his crush on Vesper. Whether or not Vesper notices remains to be seen.


I gave up Facebook for Lent. Forty days without logging in, that's the goal. From February 22 to April 8th. So far it's been a great success. The only time I felt a strong need to post a status update was when I confirmed on Bankrate.com that the cost of living in RI is 9.80% higher than in the metro Seattle area.


Aside from that, it's been smooth sailing. Although, it's like life knows I can't write status updates and so outstanding stuff keeps happening. For example, yesterday I spent the evening meeting Jerry Holkins and the folks from Penny Arcade. What? No, it's true. Now, I only met Jerry briefly when I had to bring him to Ryan for an interview, but that totally counts and he was super nice. I love when well known people turn out to be sweethearts, and he was very friendly and gracious.

Penny Arcade has a ping pong league with several local gaming companies (how awesome is that?) and yesterday they played Arenanet. Ryan was assigned the task of covering the games, interviewing players for both sides and filming the action. He asked me if I'd like to tag along to assist him in grabbing some stills and juggling cameras, and I replied with a resounding "DUH, YES!"

Next one of my favorite creative sites, Papernstitch selected my artwork and shop to be included in their March exhibit! This overjoyed and sorta killed me at the same time. This is the kind of recognition I would absolutely go wild sharing on Facebook. I love Papernstitch, and if you're on Etsy or sell art online you probably follow them yourself. Being selected for one of their exhibits is a big deal as they are a site with great exposure, and it's something I am very proud of. I kinda want to status post it from the roof tops. In all caps. With pictures of happy cats doing funny things. 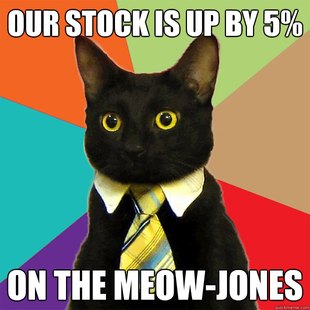 I wonder what else March has in store! Honestly, I'm content already. I'd settle for Penny Arcade, Papernstitch, and three uneventful weeks of rainy afternoons to spend drawing.
Posted by Georgia at Saturday, March 03, 2012