It's a beautiful, sunny day here in Seattle and upon waking up on any sunny day here my heart is immediately filled with dread. Did someone kill the Fog God? Will we suffer for this later?

Sunlight is viewed with some measure of suspicion here August-June. June and July sunshine is expected, even welcomed, an old friend who can only stay a few moments. Then August drizzles in and the sunshine finishes its cup of tea with a hard swig and is out the door. If it's sunny in October, something's wrong. Well, maybe not wrong, but something is off. It's a trick. Mt. Rainier is luring folks out of their home to eat them. Who can trust a mountain one can only see 8-9 days a year? Where is the mountain the rest of the time?

I digress! This spooky sunny day is the sixth day of Halloween! And while I have suggested the last five treats to you, I must insist on this one. If you are reading this and have access to Netflix or ye Olde Fashioned Video Store, rent 1944's Arsenic and Old Lace.


Arsenic and Old Lace is the hilarious tale of a newly married man who discovers on Halloween quite by accident that his entire family is completely insane. Now, he knew his brother who thinks he's Teddy Roosevelt was loopy, but who knew everyone else was even crazier? It's a great movie for Halloween, very funny and slightly spooky, but never all out scary.

You may be hesitating because it's black and white. First off, don't be silly. Some of the best movies are still black and white because they were made before Hollywood figured out its typical movie formula. Secondly, for a movie that's almost 70 years old, the plot and humor have held up wonderfully. It's a favorite in our apartment year round. In fact my engagement was postponed several days as Ryan searched the city for a telephone booth to propose in because of a scene in this movie.


Even with its themes of serial murder and torture, I promise it's a thousand times lighter than any modern movie you could show children. Including Toy Story 3. It was a personal favorite of seven year old Georgia Dunn. My Mom and Nana showed it to me when I was little and had to contend with me hollering "CHARGE!" and running up the stairs for the next (twenty-two) few years.


So tonight, fire up the Netflix (because I know no one is actually going to the video store), break out the popcorn and apple cider, and enjoy one of the best movies around! 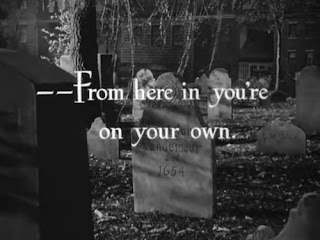